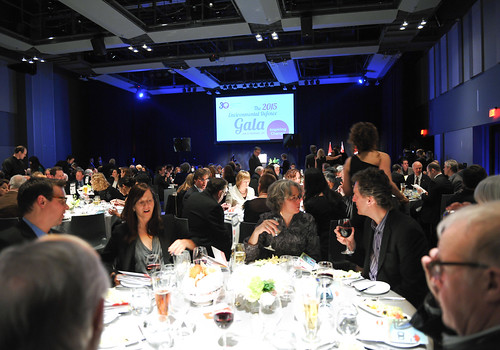 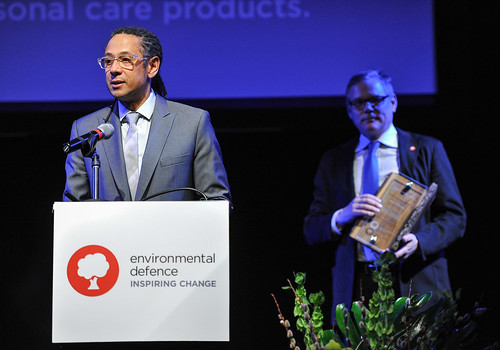 The event was emceed by Don Ferguson, with other attendees including Environmental Defence’s executive directors and board members, industry leaders, government officials, and environmental visionaries. Additionally, Jeff Rubin, former Chief Economist of CIBC and well known environmentalist, Tzeporah Berman, engaged in a discussion on the issue of prioritizing either a health environment or a healthy economy.

The Green Champion Award was given to Brian Phillips, owner of worldSALON and worldProducts. Phillips was honoured for demonstrating sustainable business practices and progressive work eliminating toxic chemicals from personal care.

Funds from the evening go towards supporting Environmental Defence’s future work, which include in building a clean economy, sustaining and growing Ontario’s Greenbelt, safeguarding Canada’s water, and excluding toxics in foods and products.